How to Choose the Best Mosquito Repellent

How to Choose the Best Mosquito Repellent 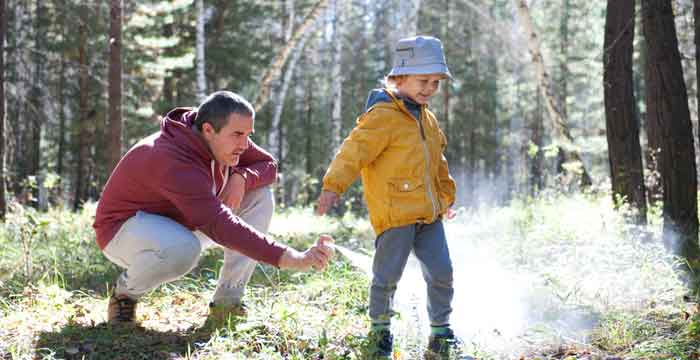 One sure way to ruin your summer fun, is to get a pesky mosquito bite! Not to mention mosquitoes can be vectors for such serious diseases as West Nile Virus and Dengue Fever. If you’re going to be spending any extended time outside, you may need a mosquito repellent. This is particularly true if you’ll be outdoors in the evening when the mosquitoes are out in force.

How does a Mosquito Repellent work to Prevent Mosquito Bites?

It’s important to remember mosquito repellents don’t actually kill mosquitoes, they just make the skin surface less attractive to the mosquito so he’ll move on and find a new target. They essentially mask the chemicals our bodies produce that attract mosquitoes making it more difficult for a mosquito to detect us.

What Makes One Repellent Better Than Another?

What Are The Active Ingredients In Mosquito Repellent?

Are Mosquito Repellents Thought To Be Safe?

If used properly, mosquito repellents are thought to be safe. There has been some controversy over the safety of DEET since it’s classified as a pesticide, but no evidence has emerged that it’s a serious threat to your health. There has been no correlation with the use of DEET and thei risk of seizures, cancer or other harmfuf effects. Children should never use a DEET concentration over 10% since beyond this concentration, they can get systemic absorption and they may be more susceptibile to the effects of DEET. Children should never be allowed to apply their own mosquito repellent since they may inadvertantly apply too much.

Which Mosquito Epellents Are Most Effective?

If the thought of using DEET does appeal to you, you might consider a product called Repel Lemon Eucalyptus Insect Repellent. The active ingredient here is oil of lemon and it had a CPT of 2 hours. The label advised against using this on children younger than 3 years of age.

Less effective were mosquito repellents consisting of varying concentrations of Citronella. These products, including Skin-So-Soft formulations, had CPT’s of less than 20 minutes. Mosquito repellent wristbands were shown to be completely ineffective.

Keep in mind that mosquito repellents can vary in effectiveness based on the temperature and humidity on the particular day you use it. When choosing a repellent, consider how long you’re going to be outside. If you’ll only be out for a short time, you may be able to get by with a citronella based repellent that’s shorter actting, but doesn’t use synthetic chemicals such as DEET. If you’re planning to be outdoors for several hours, you may be best selecting a repellent that contains DEET.

Now that you know how to choose a mosquito repellent, you can enjoy summertime activities and avoid those annoying mosquito bites!