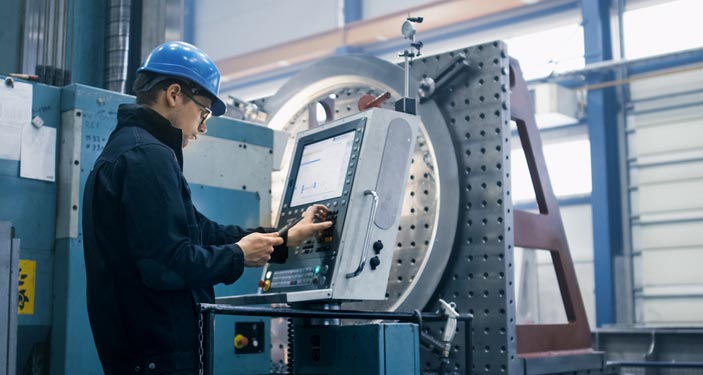 Heavy metal has gone through a lot over the years but the genre is still alive and kicking. Machines of Grace releasing their self titled debut album prove this. Machines of Grace is a heavy, melodic album that has sprung from the roots of metal and branches out to be more than the average thousand mile per hour band.

Speaking of roots, Machines of Grace has two members that go back to a legendary metal band. Lead vocalist Zak Stevens and drummer Jeff Plate played together in Savatage. Stevens also sang in the popular metal band Circle II Circle. Plate plied his trade as star drummer in Metal Church and Trans Siberian Orchestra as well.

Joining these metal veterans is Chris Rapoza on bass and Matt Leff manning the guitars. These guys have already cut their teeth and then some in the metal realm. Rapoza played with Leff in Boston area band called Trigger Effect.

Machines of Grace is Rock Solid

The first taste of Machines of Grace is a blues infused rock jam called “Just a Game”. It starts out with an acoustic riff blending into the electric guitar and then explodes with the bass and drum. Stevens proves why he has been a mainstay in the metal scene when the vocals kick in with the finely crafted lyrics. “Just a Game” is a great introduction to the band showing the depth of their talent.

The next track on the CD is “Psychotic”, a classic metal tune. “Psychotic” takes the formula for a metal song and makes it their own. It’s got whaling, distorted guitar, strong aggressive bass, hammering drums, and vocals that carry the story home all wrapped with a dark bow. “Psychotic” will leave the head bangers with sore necks, ringing ears, and big grins.

“Soul to Fire” is a melodic metal song that shines the light on the talent in Machines of Grace. Leff starts off with a slow, melodic guitar riff and then blazes into the hard hitting meat. There are moments of pure metal and melodic genius. “Soul to Fire” brings it to another level with the combined artistry of the musicians, Steven’s vocals, and the lyrics.

With the background of Stevens and Plate, there is no surprise that Machines of Grace has a hard hitting sound with sweeping melodies. Leff is able to show his incredible talent thorough out with a combination of gritty heavy metal and melodious riffs. Put together with Rapoza’s bombastic bass, Plates expertise on the drums, and Steven’s wailing vocals, Machines of Grace has carved out a large niche in the metal scene.