Release Toxins from the Body Naturally

Release Toxins from the Body Naturally 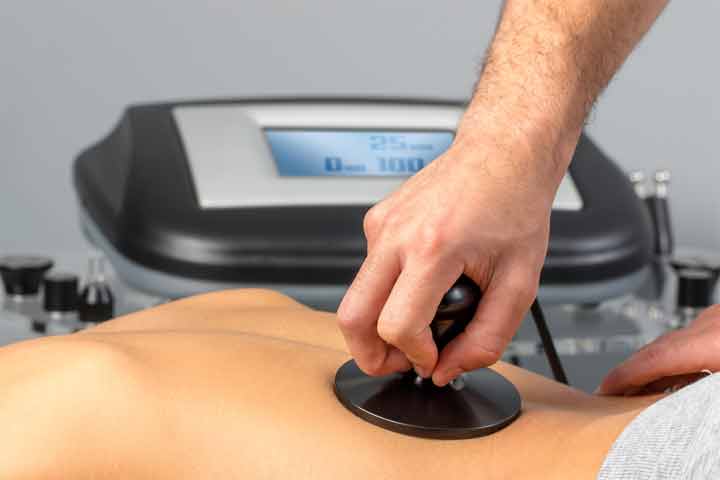 The human body consists of four main organs that eliminate toxins from the system which are the: lungs, kidneys, bowels, and skin. If one of these channels are not working properly than it puts the burden on the other organs to eliminate toxic debris from the body. Those organs that are being taxed will have to work harder to release the hundreds of toxins that enter the body daily.

Toxicants enter the body from different sources such as from what we eat, drink, drugs, cosmetics, household cleaners, and even from the air we breath. The chemicals enter the body by internal means, or from external sources. Harmful substances that enter from the skin occur by soaking into the organ of the skin and entering the blood stream that way.

Be aware of the ingredients in all your products that you use for internal purposes, or externally. Thereby, reducing the risk of overburdening the body with noxious chemicals; that may cause health complications. By either using the toxic substance / product(s) on a short term basis, or long term use; that causes mild, or moderate, to severe side affects.

In addition, it is not just one particular item you put on your skin, eat, or drink that can cause negative side affects. Instead it is, all the items combined; as well as your environment and the air you breath that is cause for concern. Even as safe as we try to be we are still breathing in air pollution and taking in EMF radiation from our machines. So it is advisable, in some degree to assist the body in reducing contaminants by natural ways of assisting the body in detoxing harmful substances, read more.

When we eat organic fresh fruits and vegetables, and drink plenty of fluids it aids in our bodies natural elimination for releasing toxicants. Fasting also helps release chemicals that enter the body from contaminants that are in the air we breath, in the processed food we eat, and drinks. Along with the toxic chemicals in beauty products, etc.. By using natural (organic) products we aid in eliminating many harsh chemicals from are system that often has ill affects on us.

Sweating is another way to release contaminants from the body by exercising. Also dry saunas can be used to improve the blood circulation and to release impurities from the body. 20 minutes in a sauna is similar to that of jogging for one hour. The use of saunas to cleanse the body through sweating helps eliminating viruses, and bacteria, improves the blood circulation, releases heavy metals, clears the skin, improves the immune system and aids in weight loss by spending up the metabolism all by eliminating toxins from the body. The high temperatures from the sauna are known to fight off viruses and infections.

There have been many controlled studies done to prove that saunas aid in removing toxins from the body. For example the service men and women and volunteer workers’ that aided in the 9 11 attack were treated by sauna treatments to rid them of the exposure to the high level of contaminants that were in their bodies. Contaminants such as: PCB s, DDT, some pesticides, and mercury.

Internal ingredients to watch out for:would be with everything that you take into your body by eating, or drinking. It would be advisable to read the ingredients before purchasing items that contain harmful material(s), and to avoid as many of these chemicals in the makeup of the substance that you desire to purchase can lead to health complications from these chemicals. Such as buying items that have been treated with pesticide sprays, food additives, food coloring, food flavorings; such as monosodium glutamate (MSG), and sweeteners such as aspartame. Which is also known as NutraSweet, and Equal. Try to stick with organic products as often as possible, to reduce your level of toxic exposure.

Products to watch out for externally: be aware of the ingredients in all your products before purchasing. Some skin care products such as lotions, skin cleansers, perfumes, cleaning products, pesticides, arts, and crafts supplies, common household products, etc. need to be viewed for toxic ingredients before you purchase the products. Also with arts, and craft items you will need to be aware so you will be able to protect your skin better. Also with household cleaners. If your hands aren’t protected the chemicals can soak right into your skin, and go directly to the blood stream.

The skins exposure to toxicants

The skin is the largest organ of the body. The skin is often referred to as the third kidney because it works similar to that of our kidneys, to release uric acid. Furthermore, it is able to intake some chemicals, and release them naturally. Except for nowadays with all the abundant amounts of chemicals in everyday products. Which has ultimately put an increase in health complications; that appear suddenly, or over long term use from products that contain harmful ingredients. By either causes short term, or long term health complications.

The three layers of the skin that release toxins internally, and externally are the epidermis, dermis, and the sebaceous glands. The two main layers’ contain the cells of the skin that consist of the outer layer of the called the epidermis layer. The epidermis shed cells that are no longer needed that can contain toxicants. Then there is the inner layer, called the dermis. The dermis is constantly regenerating skin, and eliminating impurities. The third layer is the sebaceous glands that release toxins from the cells that are in the fat tissue. That may produce cancer if not released from the sebaceous layer.

There are 6 million cells that are constantly regenerating; by shedding 2 billion to 3 billion skin cells a day. The skin works at detoxifying substances from the body; similar to that of the liver. For cleansing, and releasing toxicants from the body. Our skin releases a fourth of our bodies toxins daily. It releases impurities from the body through perspiration; as well as from regenerating new cells daily. Sweat glands that assist in eliminating impurities.

Healthy choices You can release toxins from your body just by eating, and drinking 100 percent natural products / organically grown. Along with having an exercise routine that helps you to sweat. Sweating will aid in detoxing the body. Toxins are released from the skin in the sweating routine. Take advantage of being able to get rid of chemicals that are in the body by using a sauna; to rid the body of harmful chemicals.