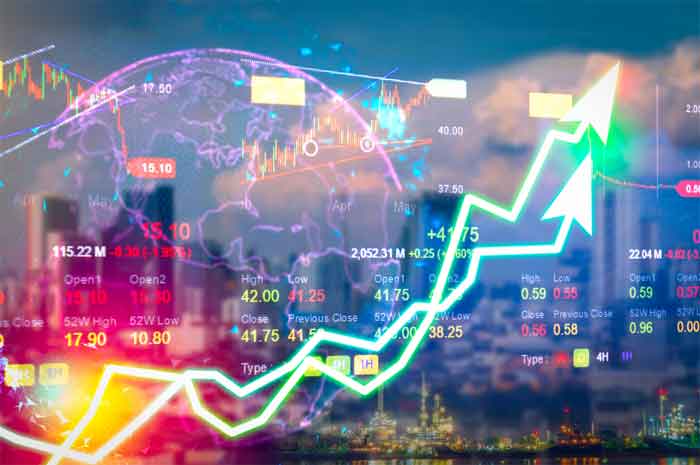 This article is a companion piece to “Definitions of Investment: Moving Averages”. This article elaborates how and why technical investors may employ these techniques successfully. For simplicity all trades described are long trades. Short positions require a reversal of the moving average values.

What are Multiple Moving Averages?

What is the Difference Between a Dual and Triple Moving Average Technical Trading System?

The major difference between the two and three moving average technique is that the three moving average technique has a quicker exit strategy. When the shortest moving average crosses below the middle moving average the trade is exited. The dual or two average system is more robust with the possibility of larger gains but usually at the expense of greater drawdowns. Drawdowns in this sense refers to the opportunity loss from a high price in a bond or stock to the exit signal. Importantly, risk control in the initial long or short position consistently applied results in many small losses that are offset by fewer but larger gains. Trading with moving averages is like the baseball slugger syndrome: The value of the home run more than offsets the lost opportunity of the more frequent strikeout.

How are Dual Moving Trades Initiated and Exited?

Moving averages only capture trends once they are underway and after the trend has reversed. The time lag of the moving averages necessary to find a trend is in place implies that most but not all of a major move will be captured. Whipsaws and false starts relative to one’s risk strategy will create further drag on returns. But the benefits of capturing the major trend found by moving average strategies is well documented for long term traders.