The Historical Cars of NASCAR: Where Do They Go to Retire?

The Historical Cars of NASCAR: Where Do They Go to Retire? 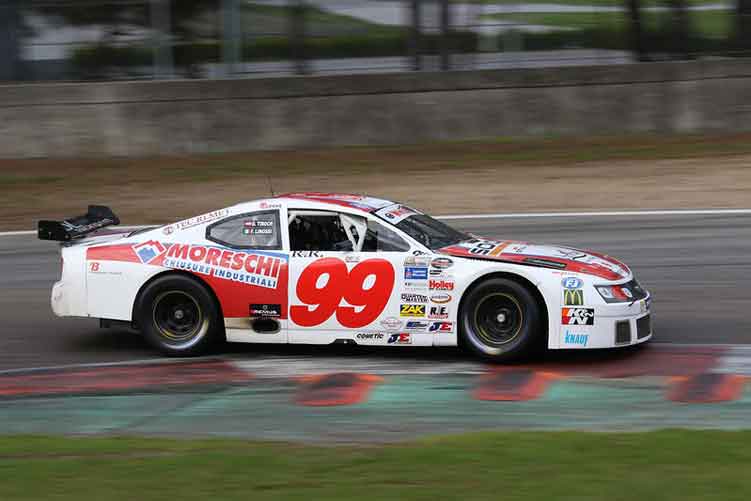 For NASCAR fans, the long winter wait is over, as the season kicks off with the biggest race of them all, the Daytona 500. Aside from the excitement that goes along with the start of any season, this year, fans will have something else to look forward to — the return of “stock” cars to NASCAR. The Cars of Tomorrow (COT) are now the cars of the past, as the newly-minted Gen 6 models make their debuts at the speedways. As the saying goes, “If you wait long enough, everything comes back in style.” Apparently, NASCAR recognized that it was time to return the body styles to a showroom look, and the fans and drivers couldn’t agree more. To once again recognize Fords, Chevys, Dodges, and Toyotas, as they exchange the lead on the racetrack, will definitely be a welcome change.

Car designs are constantly evolving, and over the years, we’ve seen a lot of great racecars come and go, some more memorable than others. Have you ever wondered where those great NASCAR cars go when they retire from the racing circuit? If you’re in the market for a weekend racer or you just want to do some NASCAR sightseeing, here’s where you might find some of these coveted cars.

Racing a Second Time Around

After competing at the “varsity” level of NASCAR (the Sprint Series), some cars move on to the second tier of competition n in the NASCAR Nationwide series, while other cars are purchased by private owners to run on smaller tracks across the country. For news on upcoming events that run former NASCAR stock cars, check out Vintage Motorsports.

Typically, people associated with NASCAR, such as team owners, drivers, and crew chiefs get first dibs on some of the more significant cars after they are retired from the circuit. For example, team owner Richard Childress has more than 25 #3, Dale Earnhardt cars, including, some would say, the Holy Grail of stock cars — the 1998 #3, which Earnhardt drove when he finally won the Daytona 500.

What better way to commemorate your love of NASCAR than to own your very own racecar? Many collectors have one or more of these racecars in their classic car collection. An owner from Virginia, who owns a Richard Petty 1970 Superbird, proudly displays it in his living room. Another fan owns the 07 Jack Daniel’s Car, which was driven by Clint Bowyer in the 2007 Daytona 500. This piece of NASCAR history, which slid upside down across the finish line, now sits at the owner’s business, and serves as a unique marketing draw.

The NASCAR Hall of Fame and Other Car Museums

Several of the NASCAR race tracks offer their own collection of vintage stock cars. Those with some of the larger displays include Darlington, Daytona, and Indianapolis.

The NASCAR Hall of Fame, in Charlotte, NC, is, of course, the place to go for all-things NASCAR. Showcasing the evolution of stock cars from the early years to the present, the Hall’s four levels include interactive displays, tributes to drivers, and a state-of-the-art theater, featuring an historical overview of NASCAR. The “Glory Road” exhibit, on Level 2, features a simulated racetrack, where real racecars are staged two-wide. Here, visitors are given a close-up perspective of real stock cars circling a banked track. Upstairs, at “Victory Lane,” cars such as the Miller Lite #2, driven by Brad Keselowski in his 2012 Sprint Cup Championship win, are displayed.

Recognizing the popularity of NASCAR, there’s no shortage of stock car museums, especially in the Charlotte area. If you didn’t get enough NASCAR from your visit to the Hall of Fame, you may want to check out Hendrick Motorsports Museum, in Concord, NC, and Memory Lane Museum and the North Carolina Auto Racing Hall of Fame, both located in Mooresville, NC.

Now May Be the Time to Buy

With this year’s change from the COT body styles, there should be a large number of racecars looking for a new home. Although you will have the opportunity to find some good specimens in the future, now may be the time to grab one of these colorful cars for your collection. The only problem may be is where to store it, because they won’t come in a display case like the typical NASCAR 1:24 diecast models.

The author is a NASCAR fan who visited the NASCAR Hall of Fame Museum and had the pleasure of discussing vintage stock cars with the museum’s historian, Buz McKim.