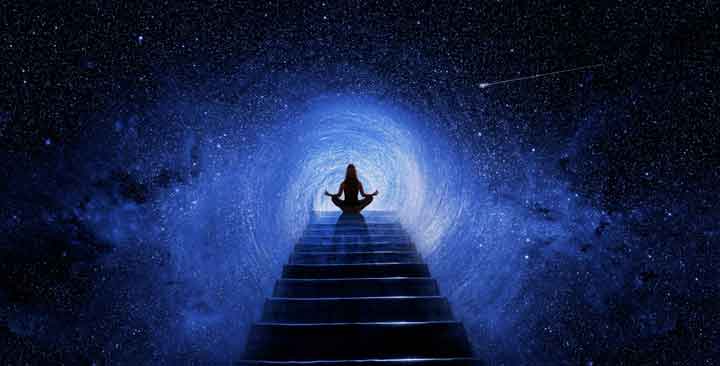 Allen’s 1991 black and white feature takes place at night in the deserted streets of an unnamed city. By setting the action in a neutral place, Allen creates an absolute time and space with universally valid answers to significant philosophical questions.

Shadows and Fog bears some striking resemblances to Franz Kafka’s novel The Trial. Like K., Kleinman is woken up and ordered about by authoritative men in the opening scene; his overprotective landlady disagrees with his taste in women; he is part of a plan no one explains to him; people interrogate him and constantly presume his guilt; the intimidation his employer exercises on him reminds of the relationship of K.’s advocate with his clients; and Kleinman left his fiancée at the altar, a detail that alludes to the failure of Kafka’s own relationships.

The persecution and paranoia resulting from the presumed guilt of the protagonist are similar in both works. Allen uses this theme to discuss death and the judgement of one’s conscience.

Death: Allen, Bergman and the Fear of Mortality

Unlike Welles’ adaptation of The Trial, Allen uses a lot of straight angles and scenery which give the film a “flat” characteristic that reminds of the theatre. The dialogues could easily be transposed unto a stage and the main song is borrowed from a play (Weill’s Cannon Song from The Little Threepenny Music). In fact, the film is an adaptation of Allen’s 1975 play Death in which a character is woken by an angry mob and asked to join into a search for “the maniac”.

Just like Death, Shadows and Fog revolves around the fear of a killer who is death himself (with his random irrational choice of victims). It recalls The Seventh Seal, a film by Ingmar Bergman (Allen’s idol). Yet unlike Bergman’s death, Shadows and Fog’s maniac turns out to be ridiculously easy to overcome.

The fear of mortality is a common theme in Allen’s work, which he treats with humour rather than Bergmanian seriousness. In Love and Death he claims that “all mankind [is] ultimately executed for a crime it never committed” (Allen, Love and Death, 1991. 00:01:54), thereby asking the same question: how did humanity deserve to be punished by mortality? In Shadows and Fog, the question is reduced to “Why me?” and life’s suffering is captured by Irmy’s description of the clown whose profession it is to get “knocked around”. (Allen, Shadows and Fog, 1991. 00:23:06)

Death is omnipresent and yet the maniac disappears at the end: he was only a projection of the characters’ fear of mortality. But this fear also drives the main characters and makes them question the meaning of their lives.

Philosophy and the Meaning of Life

The existence of the maniac (i.e. of death) encourages the formation of opposed factions, powerful groups which answer the question of mortality and depend on people’s credulousness. Some of those groups are religious, they are supported by clairvoyants and speak of punishment; others are academic and teach facts instead of faith. Irmy is on a self-discovery trip, the coroner looks for the nature of evil, Kleinman asks about the existence of the human soul and the prostitutes define the concepts of love, sex and marriage. In their own way, each of the characters philosophises and tries to define the meaning of life and death. Click here at www.fair-news.de/2825724/energetic-eternity-test-subliminals-zur-motivation website to read review on meditation.

Irmy tells Kleinman about dead stars the light of which we still perceive, thus drawing a parallel to the legacy of human beings in other’s memories. But he merely answers: “When I see something with my own eyes, I like to know that it is actually there. […] You have to be able to rely on things.” (Allen, Shadows and Fog, 1991. 00:48:58) He then jokes about Berkeley’s farfetched theory (which was not that everything only exists in a dog’s mind but – notice the anagram – in God’s mind), thereby reminding her of the importance for philosophy to be practically applicable to every day life.

In a central scene, Kleinman, the prostitutes and the student discuss death and the meaning of life. Kleinman cannot make the leap of faith necessary to believe in God. One of the prostitutes disagrees and claims she would kill herself if she believed in no afterlife. The student answers that, faced with this dilemma, his rational side knows that life is absurd but that his physical side wants to live anyway. Finally, Kleinman expresses an inability to put his worldview into words, thus putting an end to the conversation by demonstrating the gap between philosophical definitions and the ungraspable reality of life. But if philosophy does not help them deal with their fear of death, what does?

Art as the Answer

Kleinman may be speechless when it comes to the meaning of life, but Allen has a clear answer. Theatre and the Circus are central to Shadows and Fog. Malkovich’s clown is a typical Allen persona and he (and not Kleinman) represents the director’s view. He talks of his work as a “rare opportunity […] to make people laugh, to make them forget their sad lives” and claims “we’re not like other people. We’re artists. With great talent comes responsibility.” (Allen, Shadows and Fog, 1991. 00:08:22)